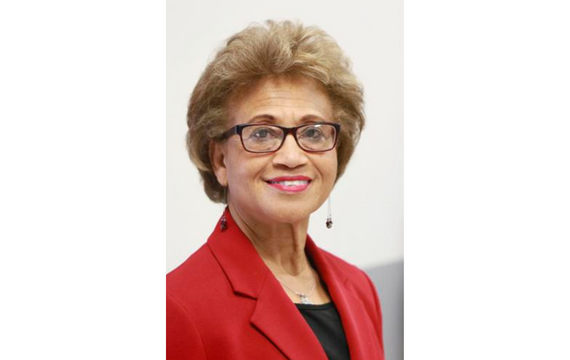 CHRISTIANSBURG — Members of the Montgomery County Republican Committee are again pushing for the availability of school vouchers – the provision of money to families who wish to move their students from public to either a private or homeschool.

Party members, including its new chairwoman, recently put together and presented cases for the vouchers to the county Board of Supervisors. Then, the party hosted a small town hall-style event last week, inviting a number of residents to speak about their issues with county schools.

County GOP Chairwoman Jo Anne Price said the event was recorded and that there are plans to show the comments to supervisors at their June 27 meeting.

The continued call for vouchers bears similarities to other debates in the country, state and Southwest Virginia, where largely conservative parents and community members have gone to various lengths to push for policy changes within school systems they argue aren’t upholding their values.

The Roanoke County School Board this week unanimously approved a library policy that creates a more stringent process for adding new books to the system’s collection.

The move by the Roanoke County board followed the controversial removal last year of “When Aidan Became a Brother” from Herman L. Horn Elementary. School system documents show that the book’s addressing of gender identity led to a complaint from a parent, ultimately resulting in its removal following a lengthy appeals process.

Criticism of policies intended to support students who are part of the LGBTQ community has not been uncommon in the school debates, including the ones in Montgomery County.

As part of her presentation to the supervisors, Price used a graphic titled “The Slippery Slope,” the content of which she argued is being pushed in the schools. The graphic takes aim at subjects such as same-sex marriages and the correct use of gender pronouns.

“That is not education. That is indoctrination,” Price said in comments that concluded with a call in support of vouchers. “This ‘slippery slope’ is a threat to safety and emotional well being, and it comes from the school board. And the board of supervisors because you have oversight.”

Price continued, calling on supervisors to stand with parents and even consider taking actions against funding measures.

“We expect you as elected officials to do the job we elected you to do,” she said. “That is, stand strong, be bold and be courageous against this agenda. Reject all federal and state funding with these programs attached. Stop bringing destructive value into the lives of the most vulnerable citizens, our children.”

Other local GOP members who spoke echoed some of Price’s comments, but also took aim at other topics such as ongoing efforts within Montgomery County Public Schools to allow collective bargaining and whether students are learning correct history and are knowledgeable about subjects such as the Constitution.

The topic of vouchers isn’t new: the supervisors last fall debated the issue during the elected body’s review of its legislative priorities, a list of measures assembled and sent to state lawmakers each year in hopes of eventual approval.

One of the items included in the board’s most recent list called on the General Assembly to approve the availability of vouchers to public school students. Although the board approved its list—albeit narrowly in a decision split along partisan lines—the discussion drew much debate locally from people on either side of the issue.

It was also one of the rare times that the usually conflict-free review of the legislative priorities sparked that level of controversy.

The inclusion of the vouchers measure in the legislative priorities drew condemnation from several members of the Montgomery County School Board, as well as organizations such as the Christiansburg Institute and the Montgomery County-Radford-Floyd County Branch of the NAACP.

Criticism of vouchers have included concerns that such measures effectively take away money from public schools due to drops in enrollment by instead directing funds to private schools. The critics have also called into question the accountability of private schools, which they have said are held to different legal standards.

Voucher supporters have argued that the drop in funding would even out with a drop in costs, but school board members and district officials have said that wouldn’t necessarily be the case due to factors such as costs associated with facilities that wouldn’t see reductions in size as well as maintenance needs.

And despite some strong pushback in the county against policies on LGBTQ issues, there have been many calls for stronger support and protection for students in that group.

Supervisor Mary Biggs, a long-time former teacher, said she remains against vouchers. The supervisor formed part of the board’s Democratic minority that voted against the legislative priorities due to the inclusion of the controversial item.

“I’m a big proponent of public education because it’s a leveling field for all,” Biggs said. “For me personally, it’s been something in my being, heart, soul and mind because I was raised to really value what an education can do for an individual. And a public education, it’s something everyone can go to. I just feel really strongly that’s where our public funds need to go.”

Biggs, however, said the subject is something that still needs to be decided at the state level and that supporters of it really should be directing their messages to state lawmakers. Additionally, she said she feels much of the points raised by the speakers at the recent meeting were issues that are really more for the school board than supervisors.

On the other hand, Board of Supervisors Chairwoman Sherri Blevins said her stance on the subject of vouchers remains the same. Blevins forms part of her board’s 4-3 GOP majority that was enough to pass the legislative priorities with the vouchers item included.

“I believe that families should be the ones to make the best decision for their children. I believe the money should go with their child,” said Blevins, who reiterated that she’s heard much dissatisfaction from parents. “Parents are frustrated and this is an option for them. Again, it goes back to my belief that parents are the ones to make the best decisions for their own children.”

School board Chairwoman Sue Kass, who attended the most recent supervisors meeting, spoke after the voucher supporters and pushed back against several of their comments.

Among other points, Kass questioned the basis for the indoctrination argument she heard.

“Indoctrination is bad. It’s really bad. How do you define that? How have you identified that’s happening in our schools?” the school board member said. “That’s not a fact. That is an opinion, and it’s an opinion of a small group of people who come to our school board meetings.”